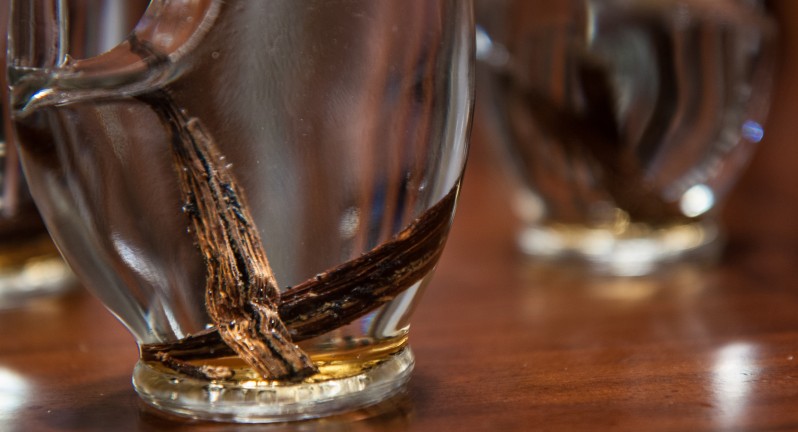 Home made souvenirs from our trip to Costa Rica 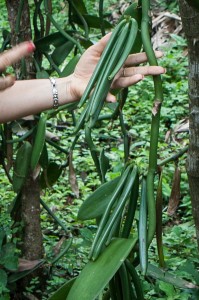 We got to visit a spice plantation while we were in Costa Rica. It was absolutely incredible. After wandering around the jungle and seeing how a handful of the tastiest things on earth grow, we got to see the timeless methods used to dry, ferment, age, and prepare them. Then, to top that off, we relaxed on a platform treehouse overlooking the jungle canopy and had traditional and modern snacks and drinks prepared by the pastry chef/proprietor of the place, from ingredients sourced on the plantation. Totally unreal.

We learned a bunch of fun stuff about vanilla. The vanilla vine is a member of the orchid family (the exotic flowers), and that like many orchids, it is epiphytic, which means it grows without roots. It gets all the nutrients it needs from rainwater and the air. The Orchid family is arguably the largest family of flowering plants on earth, and the vanilla is the only member of it in widespread use as food. In a plantation, the flowers must be pollenated by hand (one per bean), and the window of opportunity is only a few hours per year. The beans each mature at different rates, so they must be inspected and harvested daily. Then begins a six month long, labor intensive process of killing, sweating, slow-drying, and conditioning the beans, which requires a ton of hands on work. No wonder the real stuff is so expensive. 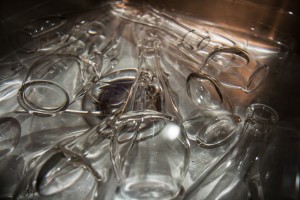 We grabbed a handful of the plantation’s vanilla beans and brought them home to make vanilla extract as souvenirs for friends and family.

We found fancy little 250ml corked bottles online. They were only a couple of bucks a piece in a case of 12. We sterilized them with a soak in hot water with a little bleach and rinsed them well. 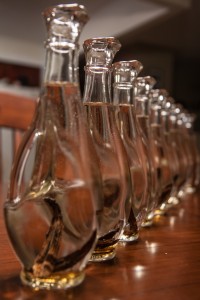 The first step was to prep the beans. Most of the flavor is in the tiny oily seeds found inside the bean. We learned this stuff was called vanilla caviar, and the more of it there is in a bean, the higher the bean is graded. You want to expose it, so you split the bean down it’s length at least, or cut it in half if you don’t mind some of the caviar sitting around on the bottom of the bottle.

They told us you generally use 3 to 5 vanilla beans for 8 ounces of extract, but these vanilla beans were at least three or four times the size of the ones you get in a spice jar. We ended up using about 2/3 of a bean per 250ml jar. 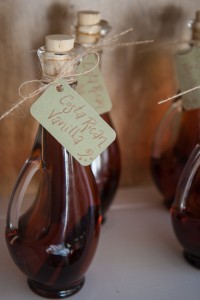 We used a middle shelf vodka for a pure vanilla flavor, but you can also use bourbon or rum to give it a twist. No need to get the really good stuff, since the subtle differences will be completely overwhelmed by the vanilla flavor. You want about 40% ethanol, so can use 80 proof liquor straight, or get the high powered stuff and water it down.

There isn’t much to it, just make sure the beans are covered in liquor and let them sit in a cool, dark place for at least a month or two. For us, the timing worked out perfectly to hand out the finished vanilla extract at Christmas. Once you are using the extract, you can top it up with more liquor at least once or twice before you will have exhausted the beans.